“iPod touch will be available while supplies last” Apple newsroom announced officially that the iPod is no more for sale in the online store. After 20 years of the launching of the iPod (Back 23 October 2001) discontinued the sells of iPod from its Online Store, Apple iPod was the first MP3 Player in the world with a collection of 1000 songs, additionally, it work for 10 hours of battery life once charged. Apple iPod was a first-time pocket-size device for entertainment.

After the first iPod’s successful launch, the Apple introduced iPod Mini on February 20, 2004. It was more compact than the first iPod with the same capacity and available in different colors. iPod nano 2nd generation came on September 25, 2006. It offered a thin design, multiple colors, 2000 songs, and up to 24 hours of battery life. The iPod touch 1 st generation was introduced on September 5, 2007, with 3.5 Inch widescreen display, It operates with iOS features like multiple apps support and wifi networks. The journey of development is still on with Apple.

iPod was a pocket-sized revolution that transformed the music industry and brought happiness to millions – and the spirit of iPod is still with us today. It was truly a team effort to bring it to life and we are honored to play a part in Apple’s history. https://t.co/sgl3FCdg3p

From Apple newsroom “Music has always been part of our core at Apple, and bringing it to hundreds of millions of users in the way iPod did impact more than just the music industry — it also redefined how music is discovered, listened to, and shared,” said Greg Joswiak.
Apple’s senior vice president of Worldwide Marketing. “Today, the spirit of the iPod lives on. We’ve integrated an incredible music experience across all of our products, from the iPhone to the Apple Watch to HomePod mini, and across Mac, iPad, and Apple TV. And Apple Music delivers industry-leading sound quality with support for spatial audio – there’s no better way to enjoy, discover, and experience music.” 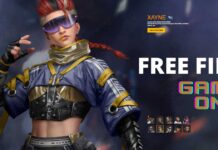 Apple iPhone 14 Pro Price and Specs leaked reportedly be Before...

ABOUT US
Egadgetshunt is a one-stop information center where people can learn more about Electric gadgets, home appliances, electronic devices, Tech information, etc. We monetize our website through affiliate commissions and advertisements. We get affiliate commissions from top online retailers like Amazon, Flipkart for sales generated through our leads
Contact us: [email protected]
FOLLOW US
© Egadgetshunt.com. All Rights Reserved 2022.